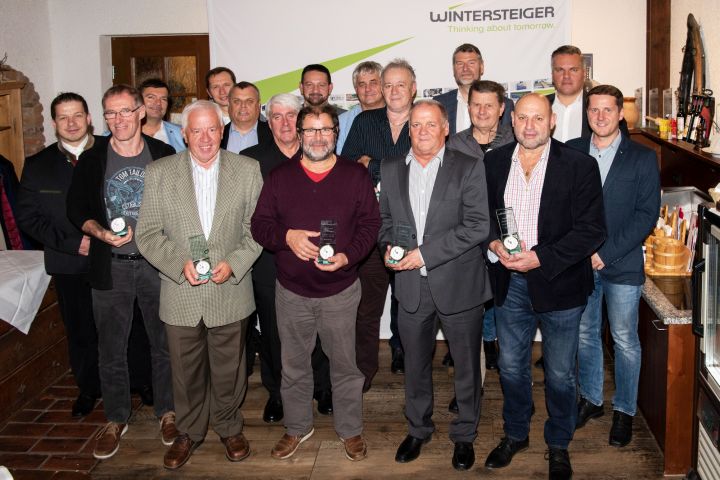 382.8 years: The combined length of service of 10 dedicated employees. Now they are retiring and were honored for their achievements at WINTERSTEIGER at an entertaining farewell ceremony.

The company invited the employees and their partners to the traditional Rieder Wirt inn. After being welcomed by Chief Financial Officer Harold Kostka, the line managers praised the achievements of their former staff and gave an outline of their careers.

As a final gesture of appreciation, the retiring colleagues – three of whom had stayed with the company for more than 47 years – were presented with an engraved clock and a gift hamper. CFO Harold Kostka added: "You could almost say that an era is coming to an end. For example, one of the employees set up the first computer at WINTERSTEIGER and over time established the entire IT department."