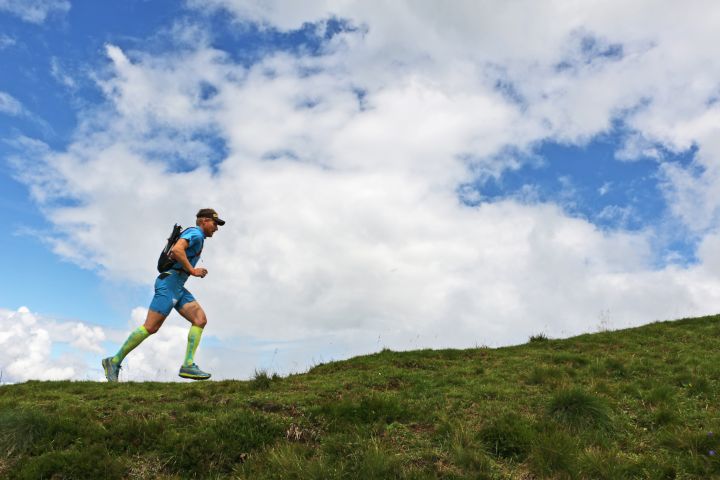 The extreme athlete Klaus Gösweiner conquered eight peaks in 16 hours. His ascent on 15th August took him to altitudes of over 8,000 metres from base station at Hauser Kaibling to the Reiteralm station in Gleiming and back via the peaks of the Schladming four-mountain ski circuit.

Despite the incredible exertions required to cover the 80-kilometre route, the athlete enjoyed some incredible experiences. He came up with the idea for the extreme event last winter, after covering the same route on touring skis. The course is far more demanding in summer, however: the winding trails and strength-sapping downhill sections make it significantly longer and tougher.

WINTERSTEIGER was there to assist with equipment as Klaus Gösweiner is a BD athlete: for training and competitions he uses BOOTDOC compression socks and sport insoles. He completed the extreme tour over the Schladming four-mountain circuit in BD Tapevene 9 compression stockings.

We congratulate Klaus Gösweiner on his fantastic achievement, and look forward to his next adventure!