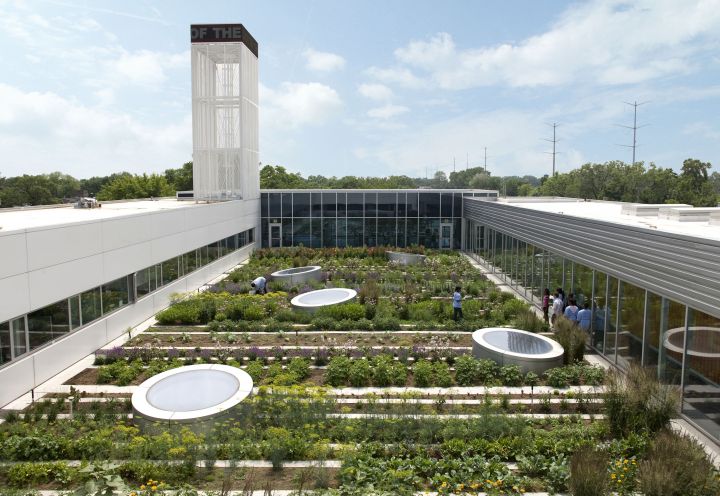 By the year 2050, about 80 % of the world's population will be living in cities and supplying urban areas with food will become a challenge. In some places, new apartment blocks are now being designed so that balconies can be used for growing vegetables and ornamental plants. One example are the "Bosco Verticale" apartment blocks in Milan, Italy. Other projects are in planning across the globe.

The next level: vertical farming.

"Vertical farming" goes considerably further than urban gardening. In this concept, vegetables, fruits and edible mushrooms are cultivated year-round in numerous vertically arranged planters in multistory buildings. The plants thrive under artificial red or blue light, which can now be produced with special LED lamps. The lighting scenario is specifically adapted to what the plants actually need.

Vertical farming is a growing industry in large urban areas and experts expect the amount of cultivation to increase fiftyfold over the next 10 to 15 years. The pioneers in this field are Asian countries like Japan, China and Korea where numerous buildings have already been constructed with this concept and several million heads of lettuce are produced in this way every year.