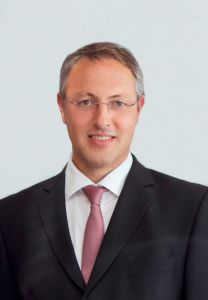 Ried im Innkreis. Christian Rauscher, 45, is taking over the responsibilities of chief production officer at machine builder WINTERSTEIGER AG, which is based in Ried im Innkreis, Upper Austria. Dipl.-Ing. Christian Rauscher will make the group's management team complete again when he joins the chairman of the board Dipl.-Ing. Reiner Thalacker and the chief financial officer Roland Greul, MBA, as chief production officer towards the end of the summer in 2013.

In addition to his many years of experience as a manager in the international arena, Mr. Rauscher, who is moving to WINTERSTEIGER AG from Liebherr Transportation Systems GmbH, will bring a great deal of specialist expertise in the areas of production and logistics.

After completing a degree in industrial engineering which prioritized production technology at Graz University of Technology, Mr. Rauscher went to Magna Steyr Fahrzeugtechnik in Graz, where he initially worked as a project manager before becoming the automobile manufacturer's production manager in 2002. In 2007, he left to become KTM Sportmotorcycle AG's general production manager in Mattighofen. In 2008, he became a managing director for HTP Automotive GmbH/HTP Aircraft GmbH and focused on production, and since 2009, he has been a managing director at Liebherr Transportation Systems GmbH and responsible for technology, production, quality management, and purchasing.

With respect to the areas of technology, production, and logistics, and aspects like production processes involving plenty of variety, there are many similarities between Mr. Rauscher's current role at Liebherr Transportation Systems and his future position as chief production officer at WINTERSTEIGER AG.