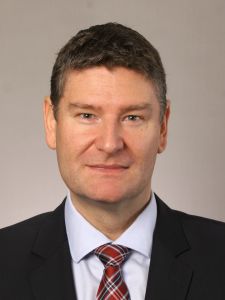 Harold W. Kostka, who has moved from Fischer Sports GmbH to WINTERSTEIGER AG, apart from his longstanding experience as a manager in an international environment, also brings a high level of professional competence in the areas of finances, controlling and IT.

After a degree in Business Management at the Leopold-Franzens Universität, Innsbruck, Harold Kostka initially worked as a Cash Management Manager at Hilti AG in Schaan, before he moved to Gate Gourmet International in Zürich in 2002. Here, he initially worked in the role of Director of Treasury & Risk Management. From 2005 to 2009 he worked as Financial Director in Washington for the North American business. Mr Harold Kostka moved to JET AVIATION Management AG in 2009 as the Head of Group Controlling. From 2010 he was Head of Finances at A. Pöttinger Maschinenfabrik GmbH before he moved to Fischer Sports GmbH as the Commercial Manager
in 2013.