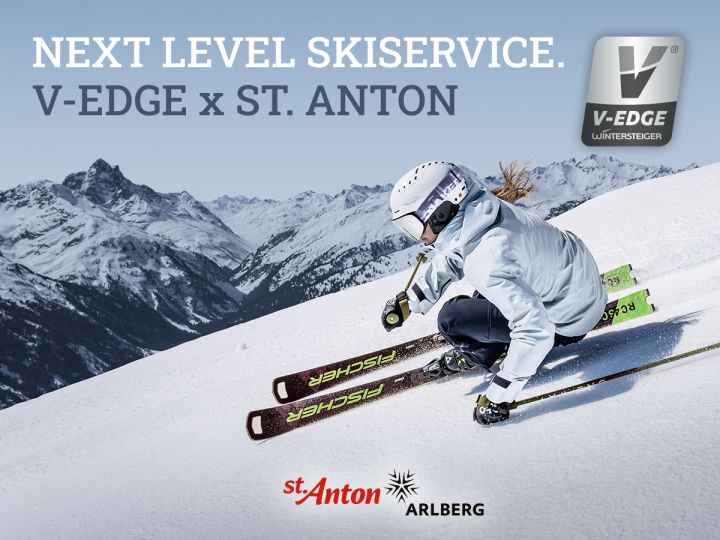 Arlberg – A history full of pioneers and firsts

Arlberg is regarded as the cradle of Alpine skiing: New rider techniques, the legendary ski club, the capabilities of cableway technology, and much more all have their roots here. The revolutionary "V-Edge" edge grinding from WINTERSTEIGER was extensively tested, further developed, and ultimately introduced in the region in a world first.

The year 1885 marked the start of tourism, with the opening of the Arlberg Railway Tunnel. The first skis arrived in the region ten years later. At that time, they were a novelty from Scandinavia. Priest Johann Müller from Warth had them delivered by mail and, to avoid being seen, legend has it that he tried skiing in his garden at night.

In 1901, another milestone was reached: Ski-Club Arlberg was founded in St. Anton and went on to become one of the biggest and most successful ski clubs in the world. The first ski race took place back in 1904 – without cableways, lifts, or prepared slopes. Ski pioneer Hannes Schneider is an Arlberg legend, who opened Austria's first ski school in 1920 and introduced the "Arlberg technique": He replaced the one-pole skiing technique, which used one long stick for braking and steering, with two short poles. This new technique resulted in shorter turns and higher speeds, and prevailed against the Norwegian technique.

Cableway technology also made history at Arlberg: In 1937, Austria's first ski lift was put into operation along with the Galzigbahn, the first cableway designed for winter. In 2004, the world's first heated chairlifts were launched. And the high point to date: Since the construction of the Flexenbahn in 2016, lifts and slopes have connected all Arlberg municipalities. Ski Arlberg has become the biggest connected ski resort in Austria and is now one of the five biggest ski resorts in the world. Countless awards such as "World's Best Ski Resort", "5-Star Ski Resort", "Austria's Best Ski Resort", etc. attest to the popularity and singularity of the region.

Skiing, the next level.

The year 2021 brings another first. On the search for the perfect glide and control, skiers will discover a new edge technology: "V-Edge", the latest grinding technology from WINTERSTEIGER AG – world market leader for ski service machines – is coming to Arlberg. V-Edge stands for variable ski edge and means that the edge in the front and rear area of the ski is ground with variable angles. By contrast, the angle in the middle (the ski binding area) is constant. The result: Perfect edge grip is combined with easy turning and skiing becomes considerably easier for everyone, from beginners to experienced skiers.

New technology has to prove itself out in the real world. The Stanton Service Center in St. Anton, one of the biggest ski service workshops in the world, was an important development partner for WINTERSTEIGER. The company has been successfully working together with the Service Center to supply ski service machines for over a decade; WINTERSTEIGER machines have been used to service over one million skis.

The team tested the new Jupiter ski servicing system and the revolutionary edge technology with enthusiasm and a pioneering spirit. The verdict: “V-Edge works incredibly well! We've tried out a lot of things, ground different materials and got outstanding feedback from the test riders,” says Workshop Manager Stefan Schranz. V-Edge is available at leading sport stores in St. Anton. Skiers who rent their skis in St. Anton benefit from the new edge technology and ascend to the next level of skiing. The technology and beauty involved in skiing have always been at home in Arlberg and now V-Edge is continuing this century-long tradition.