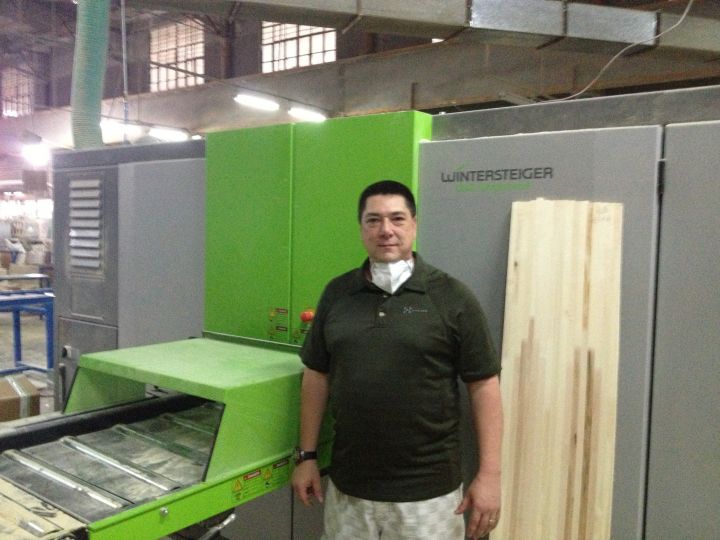 The company had used standard band saws up to this point; John Missey, the Chief Process Engineer explains the company's decision to WINTERSTEIGER as follows: "What was decisive for us was the considerable wood savings. Thanks to the WINTERSTEIGER machine we can cut up to two lamellas more from our standard blocks, which are typically a laminated mix of aspen, bamboo and maple."

Another positive aspect that influenced our decision was WINTERSTEIGER's reputation in sports. While searching for a thin-cutting solution, John Missey discovered WINTERSTEIGER, whose name he was familiar with from decades of experience with ski servicing machines in Seattle, USA.

The ski servicing machines' good reputation did not disappoint him - and John Missey also gives the thin-cutting band saw a top grade: "Thus far, everything has worked perfectly, and we really appreciate professionalism in advisory and customer services." This explains why he is already thinking of expanding the line.

JOSAO belongs to the Jarden Group, a Fortune 500 company with a turnover of some 7 billion US dollars. In 2007, the group acquired sports article manufacturer K2, for whom JOSAO has been producing winter sports articles since 1998 in Guangzhou for brands such as K2, Völkl, Ride, and Morrow. With its staff of 11,000, JOSAO produces alpine skis, snowboards, cross-country skis, and ski boots. The products are mainly exported to Europe and North America with just 10% staying in Asia. For 2013, the company plans to produce some 500,000 pairs of skis, 200,000 snowboards and 90,000 pairs of cross-country skis.