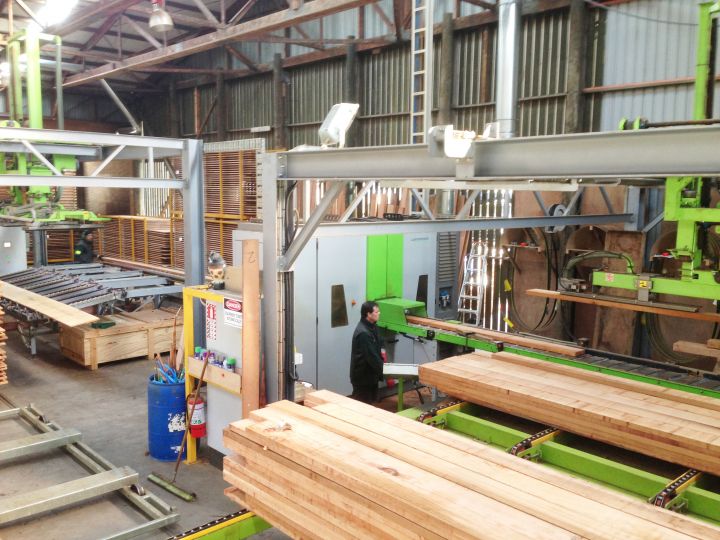 Herman Pacific, producer of timber flooring, wall and ceiling pannelling, claddings and deckings, carried out many months of due diligence worldwide to find a thin kerf cutting and handling system to meet their strict criteria for accuracy and quality. WINTERSTEIGER was the choice for the cutting unit as Herman Pacific was assured of WINTERSTEIGER's ability to meet and maintain this standard.

Herman Pacific Limited was founded in 1974 and is a privately owned company in Auckland, New Zealand. Today as a leading manufacturer and supplier of specialty timber products for home building throughout New Zealand, the company produces and sells on 3 sites: production and distribution in Silverdale, Auckland supported by sales and warehousing bases in Wellington and Christchurch. The nine acre industrial site in Silverdale includes more than 4,000 square metres of dry shed storage for kiln drying, planer moulding, sanding, high speed fine kerf sawing, band sawing and warehousing operations. With 50 employees, the company's main products are timber flooring, wall and ceiling pannelling, cladding and decking.