In the name of greater safety; a playful test of driving ability and probing of limits: 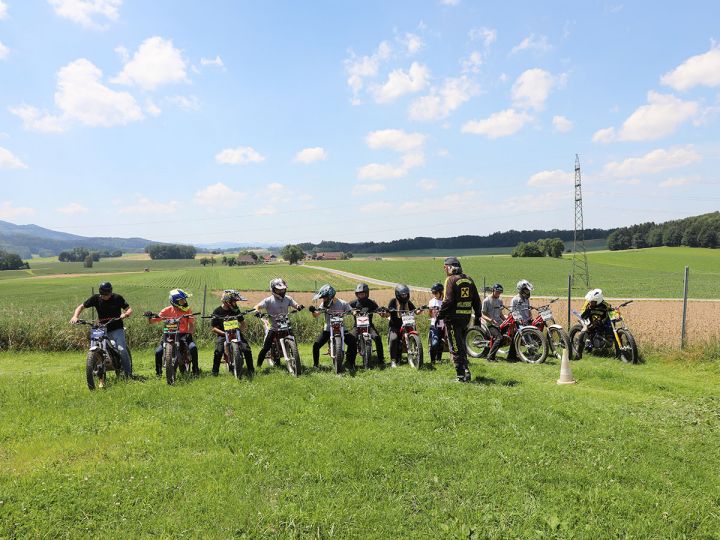 AUVA insures a total of 4.5 million people against not only occupational accidents and diseases, but also accidents occurring during the commute to and from work. Many young people travel by moped to their apprenticeship or workplace. Increased readiness to take risks, an overestimation of one's abilities, and – above all – inexperience can quickly become dangerous on public roads. For more than 20 years now, AUVA-Landesstelle Linz has been delivering road safety training to young people at Trialgarten, Ohlsdorf, together with Hartwig Kamarad. Today, on June 14, 2022 – as in previous years – it was the turn of the apprentices from WINTERSTEIGER AG (machine and plant engineering, Ried im Innkreis).

At Trialgarten, Ohlsdorf, participants have the opportunity to test and improve their driving skills under the guidance of internationally experienced instructors on grounds covering 7,000 m2. Hartwig Kamarad himself has been driving in trials since 1966, including in various European and world championships. He has made it his mission to share his top-class experience at Trialgarten. “It’s just fun to support young talent and help moped riders and motorcyclists to improve their rider technique,”says Trialgarten founder Hartwig Kamarad, explaining his passion project which has already scored highly at the Austrian Road Safety Awards. 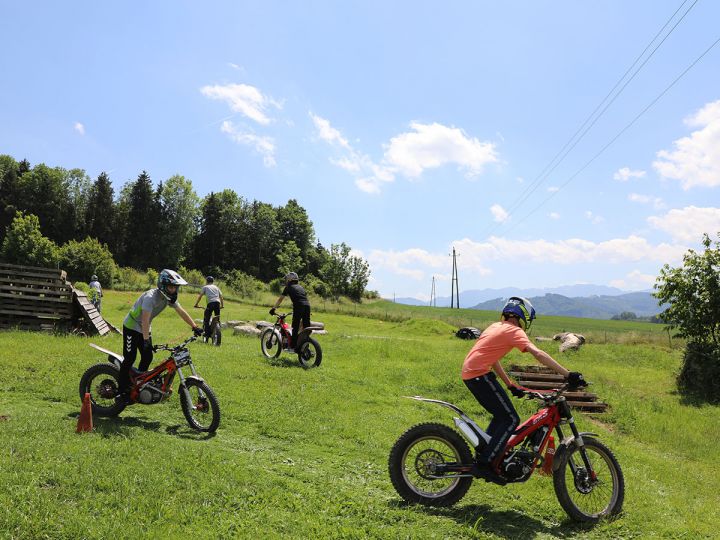 At today's road safety training and rider technique course at Trialgarten, the young employees of WINTERSTEIGER were yet again prepared for riding a moped. The young drivers learned a great deal about balance, viewing technique, self-awareness, and skillful use of the throttle. The great atmosphere is evidence of the fact that this is just as much of a team building exercise as a "safety exercise". “Time and again, our apprentices are impressed with the program offered by the Trialgarten instructors in combination with the prevention experts from AUVA. The positive effect on us at Wintersteiger manifests in employee satisfaction and sick leave figures since improved rider technique results in fewer accidents. That’s why we have zero plans to stop this road safety training any time soon! Our apprentices are happy, what more could you want?” says Christian Scharnböck, apprentice instructor at WINTERSTEIGER. 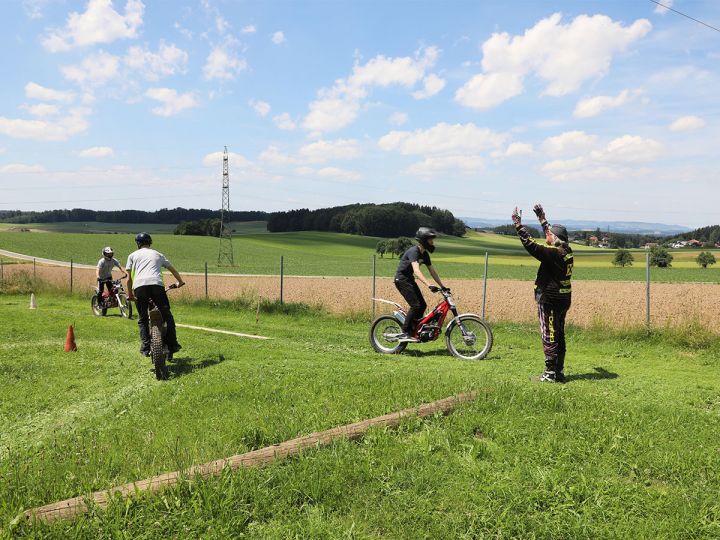 Statistics show that a large proportion of moped accidents are single-vehicle accidents, which means that they are directly influenced by the driver. For instance, the sequence of look, signal, and get in lane is initiated too late in many cases, thereby creating a significant risk of accidents. AUVA relies on age-appropriate awareness raising, knowledge sharing, and self-reflection in combination with the necessary practical training – such as at Trialgarten, Ohlsdorf. “Particularly when it comes to young people, we know that overestimating one’s abilities and an increased readiness to take risks are big issues. Bringing awareness to young people to enable them to react properly in dangerous situations is a great investment in the future,” sums up Klaus Bohdal, prevention expert at AUVA-Landesstelle Linz.

In collaboration with traffic experts from the state of Upper Austria and various driving schools, AUVA-Landesstelle Linz has also developed the accident prevention campaign "Fahr-sicher-heit & morgen". It comprises free, practical training that is specially aimed at 15-to-18-year-olds. What makes it unique? The training is delivered on the roads, on their daily routes to school or their apprenticeship, rather than just on a driving school's training ground. A list of participating training centers can be found at www.auva.at/perfektionstraining.