Make germs and unpleasant odors a
thing of the past!

At the end of the 90s, plasma was used in TV sets and lights. Since then, the disinfecting action of cold plasma has been discovered and it is now used in drinking water treatment, in the packaging of food, and for air purification as a unique technology against viruses, bacteria, or mold.

WINTERSTEIGER collaborates with a partner company who has been working in this field for many years. This is because one of the key requirements of the Drytech drying systems is that it eliminates microorganisms such as viruses and bacteria as well as unpleasant odors on work clothes. WINTERSTEIGER has adopted and modified a proven, environmentally friendly process for the DRYTECH drying solutions.

Your benefits summed up:

What is cold plasma?

Plasma is the fourth state of matter – alongside solid, liquid, and gas. Cold plasma is a gas made up of ionized molecules, electrons, and dust particles with low energy. Positively and negatively charged ions break harmful substances and gases down into harmless compounds such as oxygen, carbon dioxide, or water vapor. If ions come into contact with harmful pathogens such as viruses, bacteria, or mold, they remove the hydrogen molecules from them. Without hydrogen, the microorganisms lack an energy source and they die.

The DRYTECH drying solutions use cold plasma to efficiently kill bacteria, molds, viruses, and spores in an environmentally friendly manner. 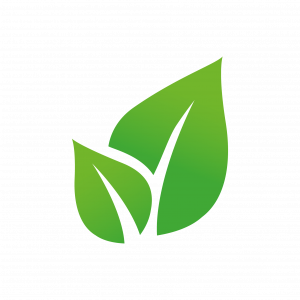 As well as recirculation drying, DRYTECH drying solutions also offer highly energy efficient and economical condensation drying. The lockers use up to 60% less energy than comparable products! This is achieved by reducing the number of
heating rods which only switch on briefly at the start of the drying cycle to reach the necessary operating temperature. They are then only switched on again when needed – if the locker falls below the required operating temperature.

During condensation drying, moisture is condensed on side-mounted copper tubes that form part of a closed coolant circuit. The condensate is either collected in a water tank on the back of the device or fed directly back into the wastewater system, provided that a connection is available.

In addition to the energy savings, other benefits include an improved indoor climate and use at an ambient temperature of 7 °C and above. As the moisture is drawn out of the clothing in the locker and discharged, the ambient air is not saturated

with moisture, as is the case with simple dryers. This prevents mold and unpleasant musty smells in the basement and common rooms, and moisture from neighboring shower rooms is reduced.